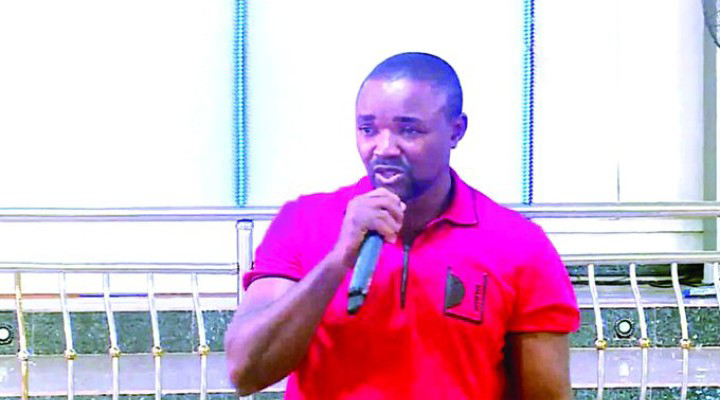 The resident pastor of Kirikiri Correctional Centre, Apapa, Lagos, Pastor David, who was sentenced to death has been released.

He spent 14 years and seven months in prison.
David disclosed this in a special thanksgiving service on Sunday at the Celestial Church of Christ Global Genesis, Lagos.
The ex-convict, who was condemned to death for a crime he claimed, he didn’t commit, gave gratitude to God for using the Shepherd-in-Charge of Genesis Global, Prophet Israel Ogundipe to bring him out of prison.
The pastor who was a transporter before his conviction said he had no case file and was waiting for the day he would be called up to die before Ogundipe intervened, Guardian reports.
“I had nobody. I was sentenced to death by hanging by Justice Olusola Williams in September 2013. I didn’t even have a case file. No father, no mother, no relatives, nobody to speak for me. Some people who came to preach, encouraged me and gave us palliatives, but nobody offered to help,” he said.
During the service, Ogundipe said their paths crossed in 2020, when he was sentenced to 18 months imprisonment for fraud.
Ogundipe, who spent five months in prison, said, “When I newly got into the prison, I was introduced to David, who was the resident pastor. Immediately, he handed over the microphone to me and I began holding church services in the prison. He gave me that opportunity to preach the gospel. As a result of his gesture, when I got out of custody, I didn’t forget him.
“Interestingly, when I was there, God used me to help other people come out of the place for charges they were not guilty of. Pastor David never once pushed himself forward as I was helping other people.
“He kept serving the Lord in prison and without informing him, I told myself, once I am out of here, I will do all I can to get him out. Getting him out today was not by my own strength but by the grace of God and the entire Genesis Global.”
He said God at times permits some circumstances to happen to some people as a way to answer their prayers.
According to him, it was the conspiracy that led him to prison that fast-tracked David’s release as he had no case file though he was sentenced to death.
As part of an effort to rehabilitate him into society, members of the church who were moved by David’s testimony donated over N500,000, a plot of land, a bag of rice, a bus for commercial use, household appliances and utensils, among others to resettle him after his prison years.
[carousel_slide id='8496']