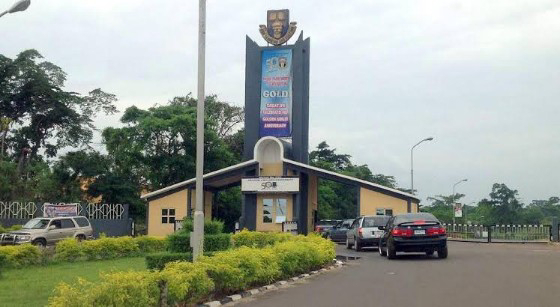 Mr Ogunbodede, a professor of dentistry, who is also the Vice Chancellor of Obafemi Awolowo University, Ile Ife, has spoken about the crisis that hit the university over the death a final year student of the Department of Foreign Languages, Faculty of Arts, Miss Aisha Adesina.

During an exclusive telephone interview, the vice chancellor said the closure of the university was at that time unavoidable and the best resort, following the destructive protest staged by the students over the death of their colleague.
He said the protesters barricaded the Ife-Ibadan expressway and the Ife-Ede road and harassed innocent motorists, commuters and road users. He thereby condemned the protesters’ manner of approach, saying that it could not be the solution to the issues that had raised.
He, however, sympathized with the parents and colleagues of the deceased, saying that the news of the student’s death was really a sad one for the university.
“As human beings, we expected reactions to investigate the death, which prompted the university to launch a probe into what transpired. But we never anticipated that our students would do outside the campus to block major roads,” he added.
He said if the university hadn’t been proactive enough and had allowed the students to go ahead with their protest, more lives would have been lost and they would have been would have called unprintable news.
*On dysfunctional health centre*
The furious protesting students have labeled the university’s health centre as being negligent and unfit for the health assurance of the campus, which is evident in the frequency of death of students on the campus.
The protesters had blamed the healthcare workers for the death of Miss Adesina. They insisted that the death was as a result of their negligence which was not the first was not the first to happen in that circumstance.
However, Mr Ogunbodede said in his response that, he wouldn’t dispute the fact their are challenges in the health care system of the school, just like other areas, but that he doubted if the facilities available at the centre could be found in many secondary hospitals in the country.
According to the vice chancellor, the university has 17 medical doctors, and the centre also collaborate with the university’s teaching hospital for referral of serious cases.
“I don’t want to pre-empt the outcome of the findings of the committee, but I can assure that a health centre with 17 medical doctors can’t be a small place. I doubt if we have many secondary health centers that can boast of such. The health centre has problems, no doubt, but things are not as bad as people may want to public to believe, ” he said.
*On reopening of the campus*
The vice chancellor said the closing of the university was not in anyone’s interest – both the stuarts and the lecturers. He said the university will be reopened as soon as possible.
He, however, said it would be bad of the university management to just reopen the campus without taking appropriate steps in attending to some of the issues raised.
“Let me tell you some of the reasons shutting down the university was not in anyone’s interest. We have lost a session already as the 2020/2021 session has been cancelled. We are still running the 2019/2020 academic session. So, is this good for our image?
The vice chancellor, however, said all hands are on deck to ensure that the university is reopened as soon as possible.
Source: Premium Times.
[carousel_slide id='8496']