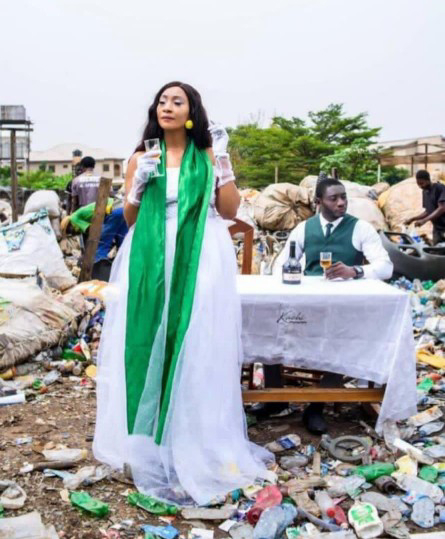 Going on a memorial lane, at independence my dear green, white, green country like every other country who have once been colonized was envisioned to have become a better country by the time her independence would be as this old but reversed is the case for the country at 61. Yes, you might argue that our situation is not as bad as some of other countries of the world but is this where we are supposed to be?

At 61, it’s only an articulate mind that will understand that Nigeria problem only centers on inefficient leaders that we possess right from time. Leadership and governance in Nigeria appears to be so much ridiculous as it tarnishes the country from being futuristic as expected. Personalities like late Chief Obafemi Awolowo, Alh. Tafawa Balewa and their contemporaries who fought for the country’s independence and ruled in the early years of independence only had good intentions in ruling their people.
The likes of Chief MKO Abiola, Muritala Muhammed and late President Umaru Musa Yar’adua who Nigerians had hoped to be our saviors in their respective time were killed abruptly.
Nigeria has not only lost her values but to the hands of this callous beings who holds the mantle of leadership in the country. Over years, they have appeared to be Gerontocrats, aristocrats and not Democrats which they ought to be. There by representing their personal interests at the expense of that of their electorate. We do not possess nationalists and patriotic individuals as leaders.
It is beyond reasonable doubt that our dear country is naturally endowed and beyond that Nigeria is also known to be an epitome of elites; numbers of brilliant brains this country have produced and bred have been impacting and inculcating in their different fields to so many developed countries of the world and are still doing well with their lives over there because they already lost hope in what this country has became or what it will become.
The argument that every Nigerians has what they contributed to the present situation of this country with their corruptible acts cannot be left unsaid, but the fact that their mindset were altered by the kind of experience the so called government poses on everyone, I mean the situation of the country seems unbearable for most people and they choose to seek f I or means of livelihood negatively and alternatively. Meanwhile, there exists criminals and biased citizens in those developed countries too, but due to the fact that their leadership does not encourages that, criminal activities in other countries are been minimized.
Definitely, understanding the fact that no other system could be adopted in this country that would change the situation of things if we still remain Nigerians of the same instinct of doing things. Therefore, as a leader in every level we all serve, we need to represent the interests of those under us accordingly and selflessly. Though, this seems to be so much impossible because ‘’change begins with me’’ has been an assertion that has been existing for years and everything tends to appear as if Nigeria/Nigerians do not have government. Too much Killings, kidnapping, terrorism and all other vices continue to emerge as if we are in a state of anarchy, it’s now as if we are all dull as we have sets of dullards as rulers.
[carousel_slide id='8496']