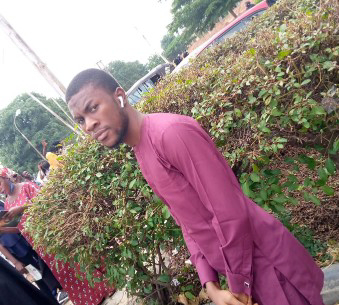 It’s the 61st anniversary of Nigeria’s independence from British colonial rule. Threescore years and one. Abuja, the Nigerian capital would be a stage for a dramatic show.

Presidential speech, a parade by the armed forces, and people lining the streets wearing white and green – the colours of the Nigerian flag, a large national cake being cut to commemorate the celebrations at the President’s villa (known as Aso Rock), and  afterwards, people gathering to have large feasts where everyone brings a traditional dish. This typically includes jollof rice, egusi soup, and pounded yam, but with the situation of the country, is a celebration worthwhile?
What are we celebrating? Is it the less triumphant nation? Insurgency? Banditry? Failed promises? The disunity waiting to unleash? What exactly?
Nigeria has been plunged into series of debts, and more debts still coming. Visions and missions have been dashed away. Youths and a large number of the citizenry have lost total trust in government. No one is willing to serve the motherland. Grievances from the aftermath of ENDSARS are still very much alive in the youths mind. The mother has failed to protect her offsprings. The number of people waiting to embezzle is more than the number of people currently embezzling. Patriotism has escaped the heart. Is that what we should celebrate?
What are we celebrating? A country tagged as the giant of Africa is now a dwarf. A country endowed with rich and fertile soils and Africa’s largest oil reserves plus other mineral resources is expected to be doing much better than the rest but is doing pretty bad and in a relapse. Indeed, there was a country!
Nigerians need a better reason to celebrate. If a Nigerian should make an eyecatching achievement, all we say is “Nigeria is blessed with potentials.” Why not build up and develop the potentials and create a platform for others with such potentials?
Billions will be earmarked for the anniversary celebrations. Is that necessary? Why not use the money to lift people out of poverty? Even if they are few in number. It will go along way. Change begins with a person, after which it extends. This, they won’t do, only to troop out and come in times of election to entice unsuspecting and vulnerable citizens with peanuts in order to canvass for votes. They would never empower the citizens. Our leaders would rather leave decaying infrastructure and the rising unemployment untouched.
We don’t need a celebration. We need actions. We need fight against insecurity. We need fight against banditry. We need fight against insurgency. We need fight against poverty. We need fight against unemployment. We need fight for development. These are the things we need. We need a better reason to celebrate. And not crawling in dependence.
Hama Maxi (da iconic wizard)
[carousel_slide id='8496']