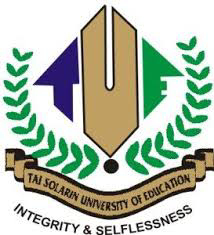 There is currently tension in the Ijebu-Ode are of Ogun State as students of Tai Solarin University of Education (TASUED), have taken to the streets to protest.
It was gathered that the cause of the protest is as a result of an invasion by unknown gunmen in military uniforms who allegedly stormed the school premises this evening and abducted students including the Students’ Union President (SUP)
According to a source, “We don’t know who these people are but they wore military uniforms. They stormed the school and abducted students. They seized cars and phones of students. Our SUP was carted away. We don’t know where they took them to. We’re protesting for the state government to take urgent steps in finding a solution to our plight. We’ve blocked the road and won’t settle until the students and properties that were taken are returned.”
Instablog
[carousel_slide id='8496']