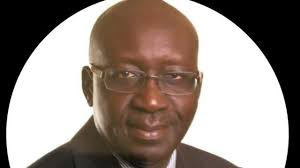 The Peoples Democratic Party concluded its elective national convention in the early hours of Sunday, with the newly elected National Chairman, Iyorchia Ayu, declaring that the party is back to take back power from the All Progressives Congress.

This is just as members of the next National Working Committee were declared by the Governor of Adamawa State and Chairman of the Convention Organising Committee, Ahmadu Fintiri.
3,600 delegates voted for new members of the NWC of the PDP at the convention, with only the office of the Deputy National Chairman (South) contested out of the 21 NWC positions.
Speaking shortly after he emerged winner, Ayu thanked the party members stating that ‘PDP is back’. The newly elected chairman stated that the party will rescue Nigeria from the ‘terrible mess’ it has been in the past six years.
He said, “I want to sincerely appreciate the PDP family. Today is simply a thank you address. When we started this party 23 – 24 years ago, we never in any way imagined that the journey will get us to this stage – a stage where we ruled for 16 years, we went into rough times but for anybody who will bother to see, PDP is back.
“And it is back to rescue Nigeria from the terrible mess we have been in the last six years. I want to appreciate all of you who have taken time as delegates, as observers, as supporters, as members of the media, as members of the security services, who have made this event such a wonderful event,” Ayu said.
[carousel_slide id='8496']