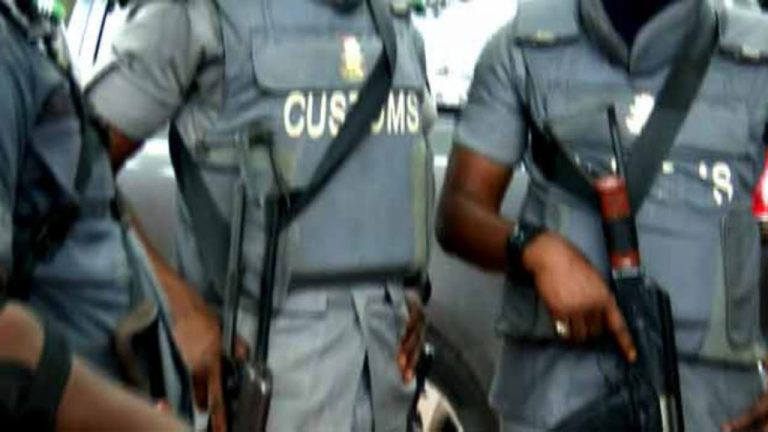 The Acting Area Controller, Katsina Area Command of the Nigeria Customs Service, Deputy Comptroller Dalhatu Wada, on Monday disclosed that smugglers have devised new methods of smuggling petrol for bandits in Katsina State.
According to him, smugglers now fabricate bigger tanks for motorcycles and vehicles which they use in buying fuel which they will thereafter sell to bandits.
Wada made the disclosure in Katsina while briefing the press on the activities of his Command from September 5 to October 8, 2021.
The NCS Acting Controller said his Command recently seized two old Peugeot 504 cars and no fewer than fourteen motorcycles being used by smugglers for that purpose.
Wada said, ”Recently, we intercepted and seized two Peugeot 504 vehicles which the smugglers have fabricated their tanks to carry a larger quantity of fuel. The smugglers would go to the fuel stations with these vehicles and motorcycles and buy fuel which they will resell to bandits. We were able to get information on their activities through intelligence. We monitored them up to the point where they had bought the fuel and taking them to the bandits but as soon as they sensed our presence because they are very sensitive, they abandoned the vehicles and the motorcycles which we immediately seized.”
The Customs boss also said investigation was still in progress concerning last Friday’s shooting in Mani Local Government Area of the state where a 35-year-old man, Auwal Sani was hit on the leg.
Wada insisted that the outcome of the investigation would reveal the real person who fired the trigger.
He declared, “Let me make it clear, some people in the area were throwing stones at the Customs personnel inside the patrol vehicle and nobody could categorically say that this is the person that fired the shot. It was a case of being hit by a stray bullet and I have volunteered to go to the scene of the incident along with the district head of the area and other security personnel to unravel the truth.”
The NCS Acting Controller also commented on the recent Jibiya Road accident involving the Customs patrol vehicle which claimed some lives.
He said the NCS had not abandoned the victims and their families.
According to him, “we have not abandoned the victims and their families. Indeed, all those injured have been discharged from the hospital and we are always with them in prayers.”
Wada said the Monday consultative meeting he held with representatives of residents of border communities in the state and other stakeholders was part of efforts to further enlighten residents of the communities on the need to work in synergy with the NCS to jointly tackle smuggling.
[carousel_slide id='8496']