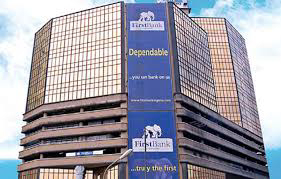 FBN Holdings Plc, the holding company of First Bank Nigeria Limited, has confirmed Mr. Tunde Hassan-Odukale as the single-largest shareholder.
The bank said with 5.36 percent equity holding, Hassan-Odukale is its largest single-holder followed by Femi Otedola with a 5.07 percent stake in the Group.
Both Odukale and Otedola are disclosed as the only two substantial shareholders, who have more 5% equity interest in FirstBank Holdings Plc, according to a filing made available to The Nigerian Exchange (NGX).
In a letter addressed to the Director-General of the Nigerian Exchange Limited, FBN Holdings notified the Bourse that Hassan-Odukale holds a cumulative of 5.36 percent of the Group, while Otedola holds a total of 5.07 percent, of the Group’s issued share capital.
While the letter may have been meant to be addressed to the Chief Executive Officer of NGX, as the Exchange has since changed the designation of its leadership to Chief Executive Officer to reflect its private structure.
This suggests that there may have been more scheming behind the scene than mere disclosures of the two substantial shareholders, Odukale and Otedola, as disclosed by FBN Holdings.
There is no clarity as to the timing of the acquisition of the shares by Odukale and his related entities, especially as the disclosure of FBN Holdings in its financial statements for the period ending June 30, 2021, does not enlist Odukale as a substantial shareholder.
There may have been undue delay in the disclosure, which run ultra vires to relevant statutory and regulatory requirements of disclosing substantial shareholding in a public entity within seven days and 10 days of acquiring such equity interest, according to Sections 119 and 120 of CAMA (2020) and Rule 17.13 of the NGX Rulebook, respectively.
The letter written by Seye Kosoko, the Company Secretary, was a response to the NGX’s request for clarification on the rationale for arriving at Odukale’s ownership, especially as holdings by entities like Leadway Pensure were added to its “cumulative stake” in the Group, even as Leadway Pensure is a pension fund administrator holding assets, including shares in companies, on behalf of the pension contributors, who are the ultimate beneficial owners of the assets.
In the letter, Kosoko, FBN Holdings defined “substantial shareholders” to mean “shareholders with 5% and above shareholdings”.
Last weekend, a rumble for the control of Nigeria’s oldest bank erupted with initial media reports saying Otedola had acquired a controlling stake in the bank.
Odukale and Otedola may have acquired substantial interests in FBN Holdings, neither of them has controlling interest yet, either from an accounting or statutory perspective.
While the bank initially said it had not been informed about Otedola’s significant acquisitions in its shares, it later confirmed the reports and indicated that he had actually amassed as much as 5.07 shareholding in FBN Holdings Plc.
The struggle may have just started and perhaps an indication of an eventful Annual General Meeting ahead for FBN Holdings.
Interestingly, the regulator, the Central Bank of Nigeria, seems to have been silent on the matter at this time, perhaps watching for more events to unfold.
The shares of FBN Holdings remain one of the most liquid counters on the NGX, with a total of 75.46 million units traded at a value of N898.01 million some 28.04 percent of the total N3.20 billion value of transactions conducted on the NGX for the day.
[carousel_slide id='8496']