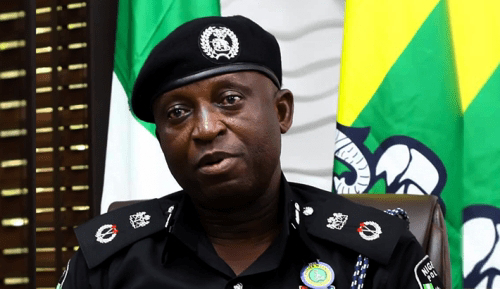 The Lagos State Commissioner of Police, Hakeem Odumosu, has claimed that no police officer was reported for committing any crime against civilians during #EndSARS memorial protest in the state.

Odumosu said he witnessed the protest, adding that no one came to make a formal complaint, and the police was not obliged to trail the officers based on newspaper reports.
The CP, who made this known while addressing journalists on Sunday, ruled out sanctions against the police officers who assaulted Uber driver, Adedotun Clement, during the one-year anniversary of the protest.
“To the best of my knowledge, no single officer has been reported to have committed an infraction. The officers of the Neighborhood Watch were identified.
“I told a journalist on that day that we have our procedures; we need an official complaint to be made to be able to try any policeman that has been complained against.
“If you know the policeman that assaulted you and you also have witnesses, lodge a formal complaint against the policeman.
“There must be a complainant; we have internal trials as we don’t trail people on the pages of newspapers; somebody needs to stand and give evidence.”
The commissioner asserted that he called the Lagos State traffic agency to release the Uber driver’s vehicle, noting that Clement had not been to their office to lodge any complaint about the matter.
“The Uber driver has not lodged any complaint; I got his number, called him personally and he told me about his vehicle and I called the General Manager, LASTMA, forwarded his number to him that they should release his vehicle.
“He has not lodged any complaint against anybody and our disciplinary procedure must be documented,” he added.
Clement, while on duty at the Lekki toll gate during the one-year anniversary of the #EndSARS protest, was assaulted by policemen and other security operatives.
The officials of the neighbourhood watch involved in the molestation were suspended by the agency, after the video of the incident was shared on social media.
Meanwhile, Clement is demanding N500million compensation from the Lagos government in a suit his lawyer has filed.
[carousel_slide id='8496']