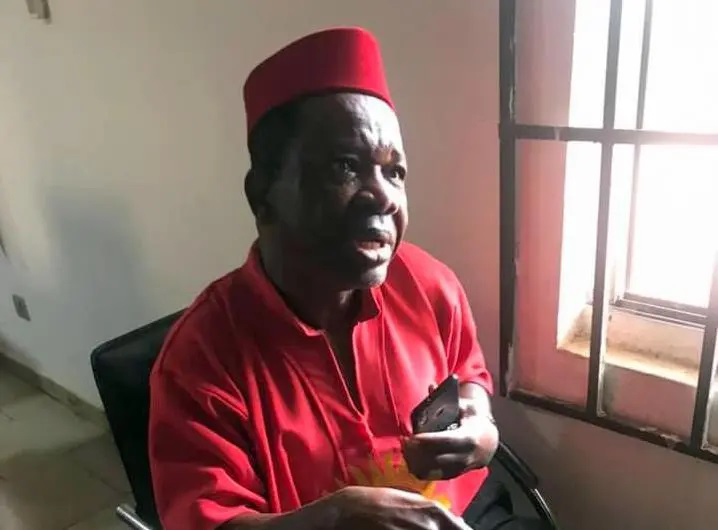 The Department of State Services (DSS) has revealed that the Nigerian army handed over Chiwetalu Agu, the Nollywood actor, to the unit for further questioning.

Speaking on the development when contacted by Newsmen on Saturday, Peter Afunaya, DSS spokesman, said the ace actor is currently in the custody of the secret police.
Although Afunaya declined further comments on the matter, he said the DSS would ensure that justice take its course.
“The army handed him over to us for further questioning. As far as we’re concerned, justice will take its course,” he said.
The movie star was first arrested on Thursday by soldiers for wearing an outfit themed after the flag of Biafra during which he was also reportedly assaulted.
The army, however, denied assaulting the comic actor, adding that he was arrested after he publicly displayed his solidarity for the Indigenous People of Biafra (IPOB), a proscribed separatist group.
He was eventually released on Friday, after spending nearly 24 hours in detention — a development that sparked widespread outrage on social media.
The actor had dismissed claims by the army that he was supporting activities of IPOB in the southeast.
He also argued that he only wore a civil dress not Biafra outfit as claimed.
Several Nigerians have condemned the actor’s arrest by the army and the subsequent involvement of the DSS.
[carousel_slide id='8496']