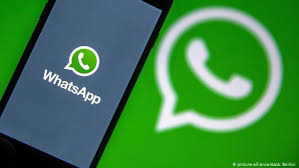 The PUNCH gathered that the victim was stabbed by the lady on Wednesday, October 27. He however survived the attack.
Narrating his ordeal to journalists after his recuperation, the victim stated that his girlfriend went through his WhatsApp messages while he was asleep before stabbing him with a knife.
He said, “I was sleeping when she went through my phone. She opened my WhatsApp and read my chat with another girl. Then she proceeded to use a knife to stab me on my right hand.
“I woke up with the stab and called for help before it could get worse. My neighbours came and rescued me. The police were invited and she was whisked away to ‘B’ Division in Asaba. I’m lucky to be alive”.
When contacted for confirmation, the Delta State Police Public Relations Officer, DSP Bright Edafe, told our correspondent that the incident had yet to be reported to the command headquarters as of the time of filing this report.
[carousel_slide id='8496']