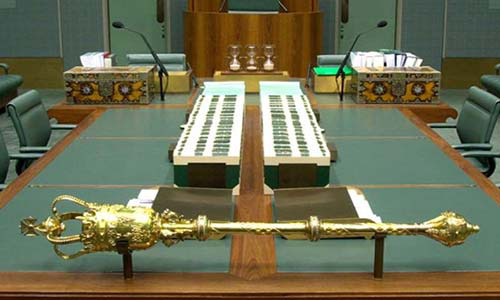 36 House of Assembly Speakers have called on President Muhammadu Buhari to declare bandits as terrorists and enemies of the nation.
This was their resolution at a Conference of Speakers of State Houses of Assembly in Katsina on Sunday.
The Chairman of the Conference, who is also Bauchi Speaker, Abubakar Suleiman, while making the call at the end of their third annual meeting, said it was part of their five-point communiqué at the end of their 8-hour deliberations.
He said: ’’We call on President Muhammadu Buhari to declare bandits as terrorists and enemies of the state. The Conference has observed all the activities carried out by the bandits as containing the same mode of operations used by terrorists.
‘’The Conference also decried the state of insecurity in the country, and resolved to work out legislative frameworks, to complement the efforts of the Federal Government to address the security challenges in the country’’.
‘’In addition, the Conference also resolved to make appropriate laws to address the fundamental issues that breed insecurity in the land, as well as create employment for the youths and curb the menace of insecurity in the country’’.
The Speakers’ Conference further commended Governors who gave their assents to the fund management bills passed by their respective State assemblies and called on those yet to do so to expedite action on the bill for effective implementation of financial autonomy for the state legislatures and judiciary.
[carousel_slide id='8496']