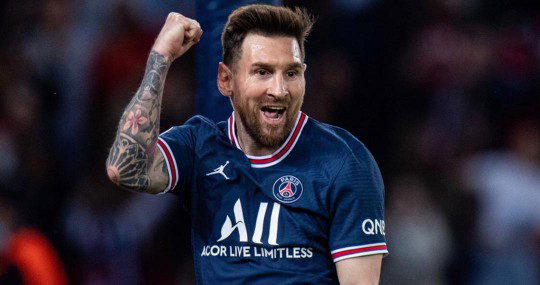 Lionel Messi scored twice in quick succession, including an exquisite Panenka-style penalty, to rescue Paris Saint-Germain as they rallied to beat RB Leipzig 3-2 at the Parc des Princes.
Messi equalised in the 67th minute, poking home from close range after goalkeeper Peter Gulacsi tipped his first shot onto the post before dinking a penalty down the middle for his third goal since joining PSG from Barcelona.
Kylian Mbappe opened the scoring for the hosts in the ninth minute before goals from Andre Silva and Nordi Mukiele turned the game in RB Leipzig’s favour.
However, Messi took over in the closing stages to secure an important win for Mauricio Pochettino’s side.
Ismail Olaminiyi reports
[carousel_slide id='8496']