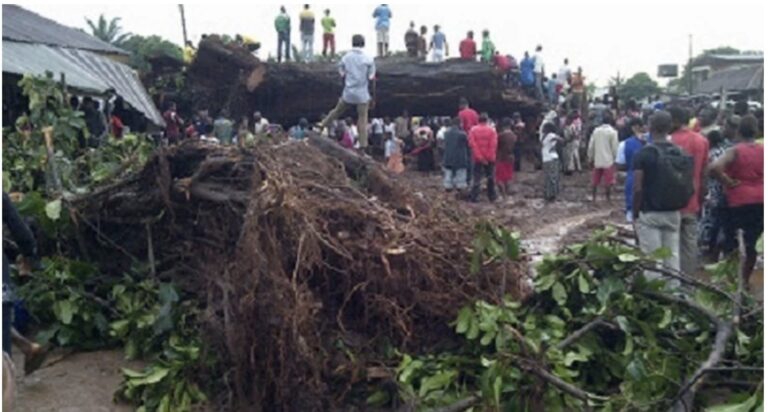 site scene of the tree:

A tree believed to be 100 years old has fallen after a windstorm in Saabo area of Oyo, in Oyo State on Monday 4th of October 2021, leaving four people dead and several others injured.
But in a mystifying way, the tree rose back on its roots again, about 24 hours after on Tuesday 5th of October.
It was reported that the tree is close to a popular foodstuff market and also served as relaxation spot for motorcycle riders, shuttle buses operators and as well as traders.
The Chairman of Saabo Market, Oyo, Alhaji Akeebu Alarape, who confirmed the incident, explained that the tree had been there for over 100 years, adding that there had been several unsuccessful attempts to cut the tree down.
The Oyo people found it incredible, that a fallen tree could ever rise to its stem again.
Many people were attracted to the scene, as they shared folk stories about the tree said to have been planted by an Idol worshipper which the authenticity can’t be verified.
With the aid of physicians we are able to get the baffling truth about the risen back of the tree which is Torque of couple.
Read also: Fallen Wonder Tree In Oyo Pulls Crowd After Rising Again [Photos]
Analysis of what really lead to risen back of the tree is that two forces were acting in a different direction. One pulling down through the root at an end while, the other pushing down through the branches at another end. 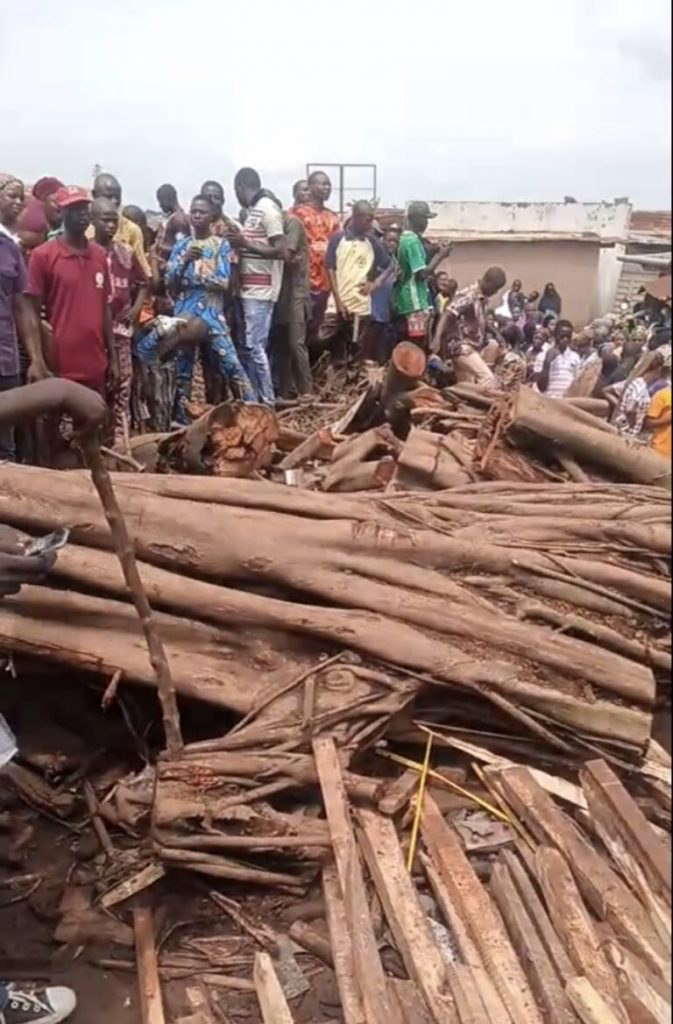 when the branches have been cut off, which is the first force pulling down the tree in the first place.

When the force pushing down is reduced branches fell or shredded, the force pulling down takes the body up the tree gave in to the force acting through the root making it go back to its initial position but without the branches that are shredded. 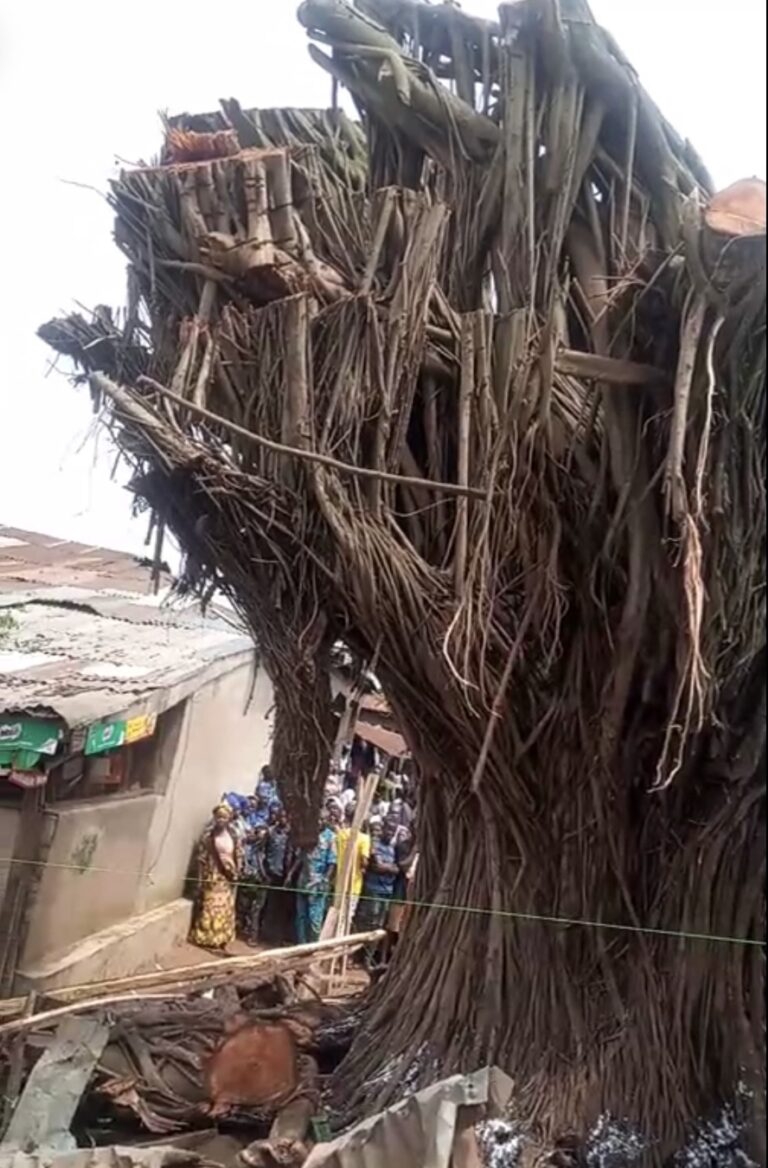 closely and obvious observation, the tree had risen when the root is now heavier than the branches. The former is the second force pulling the tree back to its previous position (to stand again)

That means the tree stand back with the application of torque of couple and not that it was planted by any Idol worshippers and not with any supernatural force.
Wacth the practical video of how torque of couple works:
[carousel_slide id='8496']