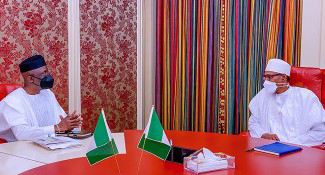 Tunde Bakare, the leader of Citadel Global Community Church (also known as Latter Rain Assembly), has said that it is of no importance what region the next president comes from, as long as said individual is able to govern properly.

“Listen to me, if where the president comes from will make the place he has come from to be better, the northern part of Nigeria should be the richest and should be the most progressive and the most developed because out of 61 years, the north has produced either the president or heads of state for 40 to 41 years, and yet see the retrogression in the North,” Mr Bakare told State House correspondents on Friday afternoon. “Not where they come from, it’s what they carry and what they have to offer. May the best of the best of Nigerians rise, whether they’re from the east, from the west, from the north, and from the south.
Mr Bakare’s comments came shortly after meeting with President Muhammadu Buhari at the Presidential Villa, Abuja.
His position could widen the raging debate about whether or not the presidency should be ceded to Southern Nigeria by way of consensus in 2023 when Mr Buhari’s tenure will expire. Mr Buhari is from Northern Nigeria and power rotation has been practiced amongst political parties in informal arrangements because the Constitution did not prescribe power rotation between the multiple ethnic and religious groups within the country.
While several politicians in the South have threatened serious political consequences if the power is not shifted to the region in 2023, northern politicians are insisting that no citizen should be disenfranchised because they are from a region that produced the last president.
Mr Bakare, in his exchange with the State House reporters, acknowledged the validity of internal party zoning arrangements, but said such affairs cannot supersede extant constitutional provisions.
[carousel_slide id='8496']