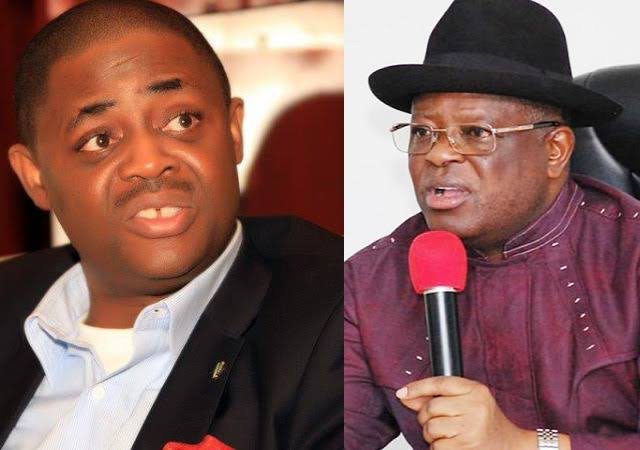 Governor of Ebonyi State, Dave Umahi, has rubbished Femi Fani-Kayode’s claim that he contributed to his (Umahi’s) defection to the All Progressives Congress (APC).

Fani-Kayode, had on Thursday- after meeting President Buhari, claimed responsibility for the defection of Governor David Umahi (Ebonyi) and Governor Ben Ayade (Cross River).
The ex-minister added that he was equally wooing three more governors in PDP to join the ruling party.
He listed them to include Governor Seyi Makinde of Oyo State, Governor Bala Mohammed of Bauchi State, and Governor Ifeanyi Uguanyi of Enugu State.
However, Governor Umahi said Fani-Kayode needs to withdraw his statement.
According to him Fani-Kayode is just a “man” and cannot be instrumental to a governor’s decision.
“I think he needs to withdraw that statement, he’s my good friend but, it was an insult on my person and the other governors,” Umahi said on Channels Television’s Politics Today on Thursday.
“The man did not know when I moved, but incidentally he visited me and we discussed, and he said he was coming to join me with the other governors to declare.
“How will somebody in the PDP be instrumental to my moving?” Umahi asked.
Umahi continued that he is “a whole governor of a state and not even a small governor but an experienced governor. So he (Fani-Kayode) has to withdraw the statement. He was never part of any discussion of my movement.
I moved to APC to move southeast close to the center. I moved to close the gap between the center and southeast which our forefathers like Nnamdi Azikwe fought for. So for somebody to come and say to the whole Chairman of Governors in South East that he was instrumental to my decision is a bit of an insult to my person and with due respect, he (Fani-kayode) has to withdraw that statement. He played no role in my movement and I know he didn’t play any role in the movement of others.”
[carousel_slide id='8496']