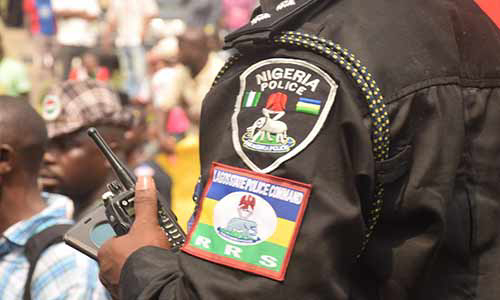 The Edo State Police Command on Sunday shed more light on the circumstances surrounding the Saturday killing of Felix Olajide Sowore, younger brother of the convener of Revolution Now, Omoyele Sowore, by persons suspected to be kidnappers.

The Command’s Public Relations Officer, Bello Kontongs, who gave the clarification at a press briefing in Benin City, said that the younger Sowore was not an occupant of the bus from which five persons were kidnapped.
According to him, Sowore was driving from Okada to Benin City, when he ran into the suspected kidnappers who were shooting at the commercial bus which broke down on Friday night and the occupants had to find somewhere else to sleep.
Kontongs explained that the stranded commuters had returned early on Saturday to pick their personal effects from the bus when the kidnappers, who had laid ambush, opened fire on the commuters and Sowore drove into the firing line unknowingly.
The PPRO added that the tactical team of the Command and some local vigilantes, including the DPO of Okada Police Station, had already gone into the bush, looking for the kidnappers, with the aim of arresting them and rescuing the victims.
The Edo Police spokesman added that three occupants of the bus, who escaped had been brought to the command’s headquarters and profiled, while the kidnappers had not made any contact with the police over the victims, though he would not know if the families of the kidnapped victims had been contacted.
The text of Kontongs briefing reads: “It has become very necessary to inform the general public because of the panic that the incident is creating among the general public, especially, the residents of Edo State, as regards the killing of one Felix Olajide Sowore on September 4, 2021 at about 6:45 hours yesterday (Saturday).
“It has become necessary for us to brief the press to inform the general public that police is on top of the situation since the incident happened. Bush combing has started, the Commissioner of Police has directed the tactical team to put hands together with the Divisional Police Headquarters at Okada for the bush combing since yesterday.
“As I speak to you the local vigilantes in that area, the police tactical team from the state command and the Divisional Police Headquarters at Okada are all together in the bush right now combing the forests in an effort to arrest the assailants and possibly rescue five other persons that are still with the kidnappers.
“Sowore Felix was not one of the occupants of the bus that some of them were kidnapped. He was just someone that ran into the incident. He was coming and met the situation on ground.
“The bus actually was coming from the South going towards Lagos. The bus belonged to a private transport company, and broke down at around 2 am in the early hours of Saturday, and the occupants look for somewhere to sleep.
“That early hours in the morning the occupants came with the intention to pack their belongings from the bus, but unknown to them, the kidnappers have laid ambush, and immediately they opened the bus. the kidnappers came out from the bush and started shooting at the bus in an attempt to create fear in them, but some of them try to escape.
“Sowore was coming from Okada to Benin. He was just a victim. The kidnappers tried to stop him, but he refused to stop. The bullet hit his car and one of the bullets got him, and he died on the spot. He was confirmed by the doctors, and his corpse has been deposited at Igbinedion University Teaching Hospital.
“That is the situation, and the Commissioner of police is doing everything possible to ensure that they are arrested and those kidnapped are rescued.
“Until now, there is no contact from the kidnappers. We don’t know if they have contacted the families of those kidnapped but to the police and those who escaped they have made no contact.
“The police is also trying to use tactical means in order to tract the kidnapped victims.
[carousel_slide id='8496']