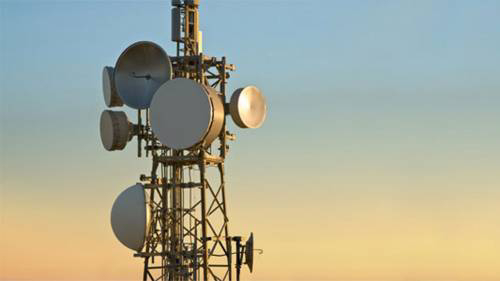 A member representing Sabon Birni North Constituency in the Sokoto State House of Assembly, Aminu Almustapha Gobir says bandits are now using the mobile phone services of Niger Republic to coordinate attacks in Nigeria.
As part of measures to check banditry, the Nigerian government had shut down telecommunications services in Sokoto, Zamfara, and Katsina states.
This was to cut off communications between bandits and their informants.
However, as a means of circumventing the security measure, bandits have now resorted to using the telecoms services of the neighbouring country which shares a border with Nigeria through Sokoto, Daily Trust reports.
The lawmaker, Gobir said he received a threat from one of the bandits who was using the Nigerien network service.
“The bandit was threatening to lead his gang to attack me and my community,” he said.
Gobir also confirmed an attack on a military base in the Sabo Birni Local Government Area of the state.
The newspaper had reported how bandits raided the military base, killing security personnel and setting patrol vans on fire.
“It is true that they attacked a military base at Dama and killed about 12 of them while many are still missing.
“This is why I faulted the government for shutting GSM network in the eastern part of the state without a serious military operation taking place there.
“The bandits are now using Nigerien network to communicate among themselves and perpetrate their heinous activities in the area.
“I expect our governor to provide Divisional Police Officers and deploy the military to Sokoto East with Thuraya phones which could enable them to communicate among themselves and with their superior officers if they need help since there is no GSM network.
“This is what the Governor of Zamfara did and it’s paying off positively,” he said
The report added that the Commissioner for Careers and Security Matters, Colonel Garba Moyi (rtd), confirmed the attack on the military base but said he was not sure of the number of casualties.
On the bandits using foreign networks to coordinate attacks, he said that could be possible because of the proximity with the Niger Republic.
The development comes amid military interventions in the region.
SaharaReporters had reported how the Nigerian Communications Commission in a letter to all telecoms operators suspended mobile communications in Zamfara and other states.
In the memo signed by the NCC and directed at the telecos, the suspension of services lasted between September 3 through September 17 in the first instance.
The commission had also said the directive was to enable relevant security agencies to carry out required activities towards addressing the security challenge in the state.
Katsina, despite being the home state of President Muhammadu Buhari, has witnessed sporadic attacks by bandits and kidnappers which have claimed the lives of many.
Over 700 people have been reportedly killed by gunmen in Jibia, Kankara, Dutsinma, Musawa, Danmusa, and Safana local government areas of the state in the last five months.
Sokoto State Government had also shut down telecommunications networks in 14 of the 23 local government areas of the state as part of efforts to check banditry.
[carousel_slide id='8496']