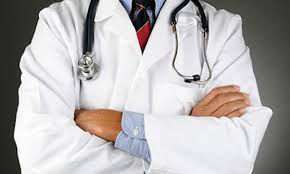 The National Association of Resident Doctors has directed its lawyers to appeal a ruling ordering its members to return to work.
This was contained in a statement jointly signed by NARD President, Dr Uyilawa Okhuaihesuyi, and the union’s Secretary-General, Dr Jerry Isogun, on Friday
The doctors said they have begun the process to appeal the ruling.
“As we are all aware, especially those that were present in court today (Friday), the NIC has given a ruling on the application for interlocutory injunction filed by the Federal Government,” the statement said. “We are not satisfied with the ruling.
“After consultations with our lawyers, we have instructed our lawyers to appeal the ruling and file an application for stay of execution,” it read in part.
The PUNCH, not iDeemlawful had reported that the National Industrial Court sitting in Abuja on Friday restrained
the resident Doctors are from continuing with the ongoing strike pending the determination of the substantive suit before it.
The court, therefore, ordered members of the association nationwide to return to work.
Justice Bashar Alkali made the order while ruling on an application by the Federal Government in the suit against NARD.
Details later…
[carousel_slide id='8496']