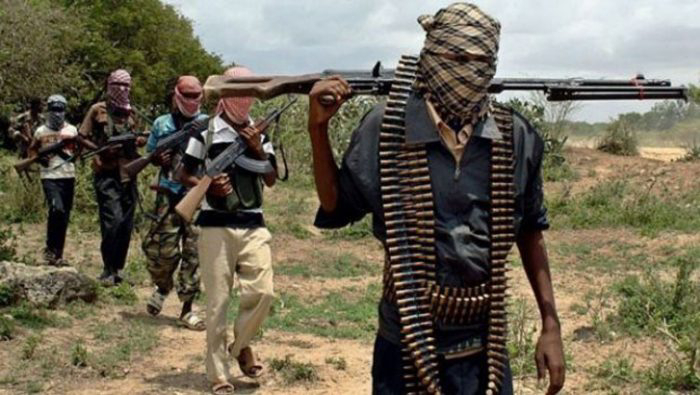 Nigerians have been urged to defend themselves against bloodthirsty bandits.

The pan-Yoruba socio-cultural group, Afenifere made the call while saying the reason is because bandits have declared war on the country.
The group also insisted that there must be restructuring in order to solve the problems bedevilling the country, adding that it must be before the next elections in the country.
The group stated this in a communiqué after its monthly meeting at the home of its acting leader, Chief Ayo Adebanjo, in Sanya-Ogbo, Ijebu-Ode, Ogun State on Tuesday.
In the communiqué signed by the National Publicity Secretary of Afenifere Jare Ajayi, the group also called on the government and security agencies to halt the unbridled influx of people with questionable intentions in order to check Nigeria’s “unprecedented security problems.”
“Afenifere observes that terrorism and related vices, including kidnapping are now so worrisome that in some cases, our people in places like Yewa, Ogun State and Oke Ogun in Oyo State, among others are forced to relocate to Benin Republic and other West African countries. Urgent actions must be taken to guarantee the security of these people and to put a stop to what is causing them agonies.”
Afenifere also said incessant security breaches in border towns in Kogi, Kwara, Ogun, Oyo, Osun, Ekiti and Ondo called for the protection of the people in the areas.
“It is a known fact that Afenifere strongly stands by the Southern Governors in their resolution on anti-grazing laws. We commend the steps taken by governors of the South-West on the establishment of security networks like Amotekun.
“Afenifere again reiterated its position that restructuring remains the panacea to solve the multi various problems bedevilling the country now. And we insist that this restructuring should be done before the next elections in the country.
“In the meantime, every community must be at alert to realise that they must defend themselves from bandits who seem to have declared war on Nigeria.”
Earlier, Adebanjo leaders of the group had resolved to preach ‘no new constitution, no 2023 election’ to Nigerians, adding that it would be a waste of time to participate election with the 1999 Constitution.
Adebanjo said, “Our stand is that the constitution is not our own, the election is going on under that fraudulent constitution they said they will go to the assembly to amend. The assembly is the product of the fraud. You want the beneficiary of the fraud to amend the fraud, who are you talking to?”
Adebanjo backed the comment of a retired Navy Commodore, Kunle Olawunmi, that Boko Haram’s sponsors were part of the Major General Muhammadu Buhari-led government.
He said “It is left for Buhari to deny what Olawunmi said. He said he was in the inner part of Military Intelligence and that he has worked with all heads of state; it is for Buhari to say that he had never worked with us.’”
[carousel_slide id='8496']