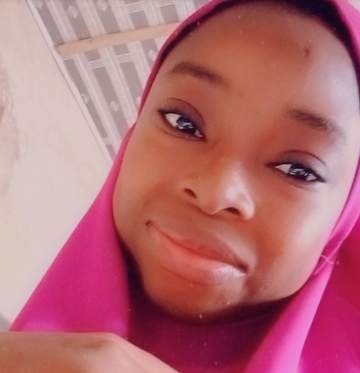 Being known to all, curbing is an act of preventing, curtailing or controlling something from happening.

Insecurities they say, is not being confident about yourself or your ability to do things well; nervous and uncomfortable.
Before having solutions to any problem in life, the best thing to do first is to know the cause of the problem.
Causes of insecurity on campuses:
Insecurity on campuses is the situation whereby the school is unsafe for students, lecturers and the community of the campus and there are many causes of insecurity on campus.
Insecurity can be caused mostly by students keeping bad company amongst others, moving with people that won’t guide them to the right path.
It can also be caused by students’ carelessness whereby the schools laid down rules and guidelines guiding the school securities would be violated by these students.
Lack of good morals among students, poor family upbringing and being ill minded, like the say, “Laxity begins at home”, if there isn’t good moral upbringing, they will cause violence inside campus which leads to some forms of insecurity.
Lack of good security personnel on campus to safeguard the dwellers on campus may also lead to insecurity on campus.
We all know about the insecurity challenges in our campuses and we must be aware that there are also ways to curb them.
Below are some ways to curb insecurity in our campuses:
Orientation and public enlightenment programmes for students on safety precautions within and outside campus; on cultism, indecent dressings and drug abuse.
Exordium of Security awareness courses into the curricula of general studies.The curricula and researches should reflect security needs.
Rekindle guardian and counselling units on campuses that will address issues like career paths, poor family upbringing, faulty character and ill minded.
Management should set up a special security patrol team on campuses. Institutions should establish and maintain a standard and efficient security services and infrastructure on their campuses and promote effective collaboration between campus security officials and security agencies in their environment.
There should be good measures for screening of people and vehicles entering and existing the campus. Management should ensure there are good and competent security personnels at the main entrance of the campus.
Management should ensure there are CCTV cameras at Grand areas on campus and they should ensure the security directorate should pay more attention to crisis management, intellectual gatherings.
Government should use security and intelligence personnel to fish out cultists and criminals from campus as well as create a database for students expelled from any institution to be shared by all such institutions.
Management should ensure there is a collaboration between the universities and security agencies in the areas of information sharing, training and research should be strengthened.
Regarding age criterion, Universities should be much more direct on their position as it should be maintained. “No person under the age of 16years should be admitted to the university as a student. Government should enforce this on all tertiary institutions.
Parents also have their own contributions concerning curbing insecurities on campus by training their wards and the society at large to take socialization of their children.
Security awareness has several benefits to youths on campus and the institutions as a whole. It helps them facilitate behavioural change to ease potential risks. Creating online and offline security awareness among youths on campus in Nigeria is important.
Like a doctor describing physical therapy tests that are needed to recover an operation, security awareness must be a continuous exercise.
All the institutions of higher learning should come up with sound security personnels and formulate sound policies regarding social media.
With all these solutions mentioned above, our campuses will be in a better security position.
[carousel_slide id='8496']