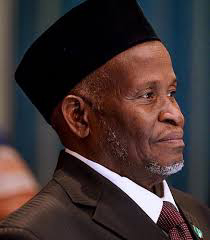 The Chief Justice of Nigeria (CJN), Tanko Muhammad, has ordered a disciplinary action against a judge of the Upper Area Court in Abuja who recently issued a direct criminal summons against, Charles Soludo.

Mr Soludo, who is the governorship candidate of the All Progressives Grand Alliance (APGA) in the forthcoming election in Anambra State, is a former governor of the Central Bank of Nigeria (CBN).
Gambo Garba of the Upper Area Court, Zuba, Abuja, had in July, issued a direct criminal summons against Mr Soludo over his alleged failure to declare his assets while serving as the CBN governor between 29 May , 2004 and 29 May , 2009.
Central Bank of Nigeria on the need for a Trade Remedies Legislation.
The complainant, Oliver Bitrus, had alleged that Mr Soludo held the CBN governor’s office as a public officer flagrantly violating the Code of Conduct for public officers by buying property not attributable to his legitimate earnings.
The direct criminal summons issued by the Upper Area Court was an approval to Mr Bitrus to prosecute Mr Soludo at the court.
Many have condemned the Upper Area Court, a court at magisterial level established to handle Sharia law-related matters, for acting outside its jurisdiction by issuing the direct criminal summons against Mr Soludo.
Top judiciary sources, who are privy to the interest Mr Muhammad has shown in the matter but are not permitted to talk to the press about it, told Newsmen pleading anonymity that the CJN was embarrassed by the judge’s conduct.
Chief Justice of Nigeria (CJN), Tanko Muhammad
“The CJN has directed the Judicial Service Committee (JSC) of the FCT under the Chairmanship of the Acting Chief Judge, Hon. H. Y. Baba to immediately initiate disciplinary action against the Upper Area Court Judge who issued direct Criminal Summons against the Anambra State APGA governorship candidate Professor, Chukwuma Soludo, over alleged serial abuse of office and breach of Code of Conduct for public officers when he was the Governor of Central Bank of Nigeria between 29 May 2004 – 29 May 2009,” a judiciary source wrote in a message shared with our reporter. 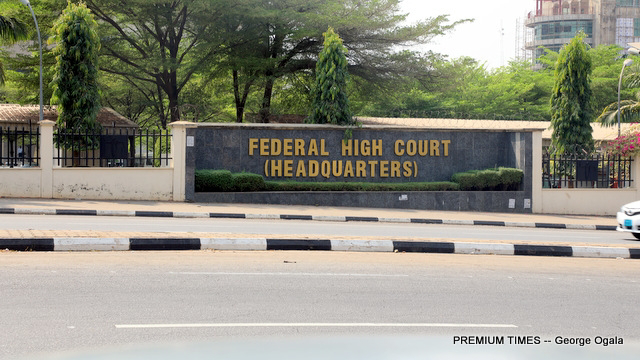 The CJN was said to have noted that the issues of “perjury, corruption and false assets declaration” raised in the complaints in respect of which the Upper Area Court judge issued the direct criminal summons against Mr Soludo were “completely outside the jurisdiction of the Upper Area Court.”
The CJN directed the Acting Chief Judge of the FCT High Court who heads the FCT Judiciary Service Commission to take a disciplinary action against the judge and “submit his findings to the CJN within 21 days,” sources reliably informed our reporter.
Federal High Court Headquarters, Abuja
Mr Muhammed had met with the Chief Judges of the FCT, Rivers, Kebbi, Cross Rivers, Jigawa, Anambra and Imo States on Monday, 6 September , 2021, over similar acts of impunity of issuance of conflicting ex parte orders in some political cases.
Incidentally, some of the controversial orders had to do with Mr Soludo and the choice of governorship candidate of his party, APGA, ahead of the forthcoming elections in Anambra State.
The CJN had after his meeting with the Chief Judges of the High Courts where the controversial orders emanated from directed some of them to admonish the judges in their jurisdictions on the danger of granting ex parte injunctions.
[carousel_slide id='8496']