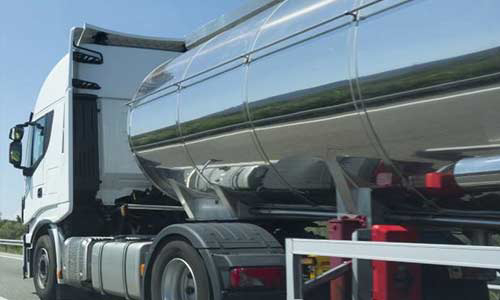 *Consumers Line Up Jerrycans
Like Nigeria, the United Kingdom is facing its worst fuel scarcity in history over reported claims of panic buying.
This was even as motorists were spotted filling up jerry cans with petrol in pictures being circulated on social media.
Government said panic buying rather than supply chain issues is driving the shortage of fuel at some petrol stations in the UK, the president of a motoring association has said, amid continued reports of queues.
Police urged drivers to be “sensible” about filling up at petrol stations after long queues built up.
Lincolnshire police said: “We have received reports this morning of long queues at some petrol stations in the county. This is a potential hazard for vehicles making other journeys, and may cause difficulties for emergency services trying to reach people in need.
“While we appreciate that some people may be particularly keen to fill up their vehicles this weekend, we would respectfully ask motorists to be sensible when making judgments about joining a queue at a petrol station. If it is too long, consider returning at a different time.”
Bedfordshire police tweeted: “We would ask that you make sure that you are not blocking roads while queuing, it’s important that emergency vehicles are able to pass at all times.”
Bedfordshire Police said it would ask that motorists make sure that they are not blocking roads while queuing, it’s important that emergency vehicles are able to pass at all times.
In Brockley, south London, motorists queued for petrol at an Esso petrol station on Saturday morning, while queues also formed at a Tesco petrol station in Bracknell, Berkshire, among other places.
Edmund King, the president of the AA, the Automobile Association, told BBC Breakfast the problem should pass in a matter of days if drivers just stuck to filling up when they needed it, adding “there is plenty of fuel at source,” and that a shortage of lorry drivers had only been a “localised problem” earlier last week.
Tony Danker, the director general of the Confederation of British Industry (CBI), said it was “a shame” that queues had to form before the government acted, but described the government’s expected post-Brexit U-turn regarding a relaxation of visa rules for foreign lorry drivers as “a huge relief”.
Danker told BBC Breakfast: “Hopefully it is going to happen and it is a huge relief. We’ve been calling for it for three months, we could see this problem coming and more problems coming, and so it’s a shame the government needed queues at the pumps to move, but move I hope they have and it will help.”
[carousel_slide id='8496']