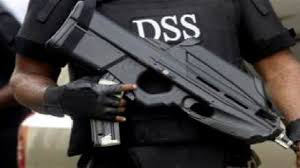 The Kano Zone of ASUU has said it will institute legal action against the Department of State Service over an alleged assault of one of its members.

Chairman of the Ahmadu Bello University chapter of the union, Prof. Rabiu Nasiru, made the declaration at a news conference he addressed on Friday in Zaria, Kaduna State.
He alleged that the DSS assaulted one Prof. Abdulkadir Mohammed, the Kano Zonal Coordinator of the union while on a union assignment.
He said that the news conference was aimed at calling the attention of concerned authorities and the general public to “unwholesome activities of some personnel of the DSS’’.
Prof. Nasiru said that operatives of the DSS assaulted Prof. Mohammed while he was travelling to Katsina in his personal vehicle along Hadejia Road bye-pass in Kano.
“His fault, if any, was that he drove in the front of a motorcade being escorted by the DSS.
“’The incident occurred on August 18 at about 2 p.m. on Hadejia Road bye-pass Kano, and the attack was perpetrated by men of the DSS in a Hilux vehicle belonging to Kano State Government House.
“Besides the physical assault, they also smashed the windscreen and broke the side mirror of Mohammed’s car in a show of force for no just cause,’’ Nasiru said.
ASUU called on the leadership of the DSS to take punitive measures against the officers involved as they portrayed the organisation in a bad light.
Nasiru further demanded that the DSS should promptly make the personnel responsible for the shameful act repair the damaged car of the victim with immediate effect to avoid facing legal action.
He appealed to the National Assembly to reorganise the DSS or review the provisions of Section 315 of the 1999 Constitution that incorporated the 1986 Decree 19, issued by the military.
He said that the review would ensure that the organisation conformed to democratic tenets and the rule of law.
The Kano Zone of ASUU comprises Ahmadu Bello University, Zaria, Bayero University Kano, Kano State University Wudil, Kaduna State University, and Federal University Dutsinma, Katsina State.
Others are Maitama Sule University and Sule Lamido University Kafin-Hausa, Kano.
[carousel_slide id='8496']