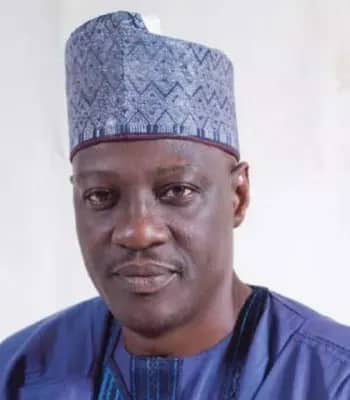 The ex-Kwara Governor, Alh, AbdulFatai Ahmed, has met with a fix on Wednesday, when the assets management corporation of Nigeria (AMCON) seized his mansion over a N5billion debt.

It was gathered that, Hon. Justice A.M. Liman ordered the seizure of houses in the property located at No. 9A Abdulrazaq Street, GRA, Ilorin, freezing of his bank accounts and two companies, including Trans Properties and Investment Limited and Trans It Consulting Limited in Suit No: FHC/L/AMC/01/2021.
According to Jude Nwazor, spokesman of AMCON, the corporation seized the property as a result of the non-performing loans of the former governor and his companies from the former Intercontinental Bank, FinBank and Bank PHB.
AMCON who exhibited protective orders from the court, took possession of the mansion. Also, disclosed that, all efforts to peacefully resolve the loan had been frustrated by the former Governor who remained recalcitrant, which left AMCON no other choice than to seek justice in court.
Aside these, the corporation has plans to enforce upon 9 other properties of the ex-governor, located in Kwara, Lagos and the Federal Capital Territory.
[carousel_slide id='8496']