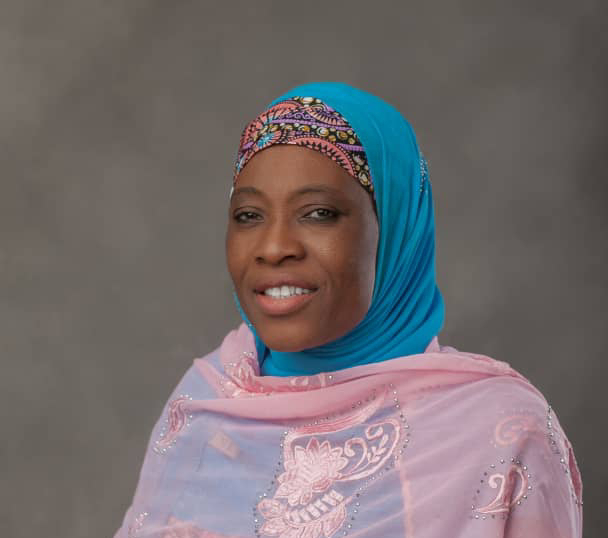 Nimah Modupe Abdulraheem was born on the 4 day of January 1971 to the family of Hon. Justice Mutalib Alimad Ambali, (Grand kadi Rtd) of Agbojulogun Compound, Okekere llorin. In the years since she has garnered academic qualifications at every level and height achievable including: She obtained her O’Level certificate while attending the prestigious Queen Elizabeth between 1984 and 1988. There after she proceeded to Kwara State Polytechnic for her “A” Levels between 1989 and 1990 which followed up with a Bachelors of Law Degree (LL.B) where she was the best graduating student. She had her Masters of Law (LLM) Degree in 2003 at the Obafemi Awolowo University, Ile-Ife, and obtained her Ph.D. Degree and PGDE at the University of Ilorin in 2010 & 2014 respectively

As a law student, she was the Deputy Director of the Chambers of which she was a member of. considered the most active chamber of the time. She was also an editorial member of the Law: Student’s Society Publication; The Legal Mind.
In University of Ilorin, she has received a plethora of awards and honours including the 2009 Award of Excellence presented by the Ilorin Emirate Students Union, University of Ilorin Branch, the 2010 Merit Award presented by the Law Students Society, Faculty of Law as Lecturer of the Year, in the same year she was awarded the Justice Chambers 2010 Merit Award, Faculty of Law, University of Ilorin as Female Lecturer of the Year. She was also awarded in 2012 with the Award of Excellence by the Ilorin Emirate Students Union.
She is a member of many professional bodies which include the Nigerian Bar Association. Federation of Women Lawyers, and Nigerian Association of Law Teachers. She started her teaching career as an Assistant Lecturer in the Department of Jurisprudence and International Law, Faculty of Law, University of Ilorin where she rose to become a Professor in 2017.
She has served the university in many administrative capacities including Level Adviser, Examination: Officer, Faculty of Law Representative at the University Dress Code Committee, Faculty of Law Representative at the University of Ilorin Senate, Faculty of Law Representative at the Postgraduate School and Acting head of the Department of Jurisprudence and International Law. She has published extensively in reputable Learned & Referred local, national and international journals. She is the founder and coordinator of Protection of Women Dignity Initiative, an NGO based here in Ilorin.
Professor Nimah Modupe Abdulrahecem is a personality who has become accustomed with trailblazing achievements and being the first. On October 2017, Professor Nimah Modupe Abdulraheeem became the First Female Professor of Law in Ilorin Emirate as well as First Female Professor of Law in Faculty of Law University of Ilorin.
As earlier mentioned Professor Nimah Modupe Abdulraheeem was also best graduating student in the faculty of law, Bayero University Kano in 1995, she was also the best student in the Private Law Department and Islamic Law Department of the same institution in the years 1992 and 1991 respectively. Professor Nimah Modupe Abdulrahecem was the best mooter in her time in Bayero University Kano in 1994. It is without a question that Professor Modupe is a personality who has achieved excellence in both her academic and personal life. She is happily married and the union has been blessed with 4 Gender balanced children.
[carousel_slide id='8496']