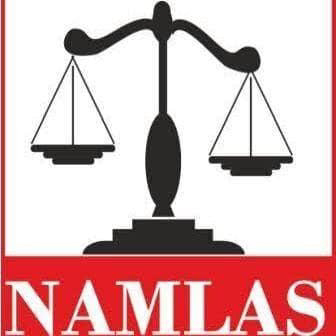 The Okekura inmates of Ilorin, correctional center has on the 20th of August cried out for going home as they are unhappy with the situation they found themselves. They wanted to regain their liberty which has been confined in the four walls of the prison.
Olayinka Abdur-Razaq (Abū Hafs) while reporting to iDeemlawful said, this was made known during the monthly visitation by National Association of Muslims Law Students (NAMLAS), Unilorin Chapter to the prison.
The inmates’ Imam who chose to remain anonymous in his statement reenforced that they are not happy with situation they found themselves.
“To be frank, we are not happy as we are here, even if we are taking turkey and rice mornings and afternoons, we prefer taking garri at our unconfined homes,” he said.
Okekura Prison which was established in 1914 is a correctional center for inmates. However, NAMLAS pay them monthly visit to share foods for them and admonish them in line with the teachings of Islam.
Addressing the inmates, the president of the association, Ola-Mua’z encouraged them not to forget their worship as being in the prison is part of the tests of Allah. “Be steadfast, it’s a test from Allah. Be patient, Allah will soon ease your affairs,” he said.
In addition, Ola-Mua’z advised the attendants “to learn lessons from the reactions of the inmates” as no one is above the test of Allah.
Abu Hafs, the Vice President of the association added that inmates need to build up their resilience and be much in obeying Allah. He preached the duty of Muslim inmates in the prison and that of the society towards them.
“Know that whatever happens to mankind either good or bad has been destined. Therefore, one should be patient, because Allah loves those who exercise patience when tested by Him.” He concluded.
Among the sisters, Yasheerah Mudashir who led other sisters to the female inmates, encouraged them not to lose hope in the blessing of Allah and keep praying to Him always.
Also present at the visitation are sister Hajarah, Radiyyah, Khadeejah, Tedhkirah, Aishat, Azeezat together with brother Haroon, Abdul Wasiu and Bello who are all NAMLAS members.
[carousel_slide id='8496']