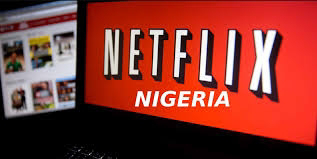 Nigerian filmmakers have lamented the huge disparities between the rates offered by United States-based streaming platform, Netflix, for Nigerian films and those of their Asian and European industries.
Some of them stated that the compensation from Netflix was not reflective of market rates, as the average licensing fees for Nollywood came between $10,000 to $90,000, while Netflix planned to spend $500million on films and series produced in Asia and Europe.
Nollywood experts also expressed concern over the continued domination of the industry by Netflix.
Since its foray into Nigeria, the streaming giant has taken a firm grip on the country’s movie industry, with many movie producers now more interested in having their projects on the platform than cinemas, the Verge reports.
But experts say the trend is inimical to Nollywood’s growth if left unchecked.
Commenting on this, Moses Babatope, managing director of FilmOne Entertainment, the country’s trendiest distribution operation said the situation is caused by lack of enough funds for Nigerian filmmakers.
“There have been some worries about the production quality of Nollywood films dropping, but rather than blame it on the ingress of streaming platforms, I will focus more on the level of investments made in production,” he said.
“How much production budget are these filmmakers working with? I don’t believe any passionate filmmaker will willingly drop standards if there is finance to work with.”
Aside the domination, there are also concerns over Netflix’s compensation rate for Nigerian movies and other African projects.
Netflix offers compensation that it claims is reflective of market rates.
This comes down to average licensing fees of between $10,000 to $90,000, with most deals landing near the middle range according to off-the-record conversations with producers.
But in comparison, Netflix plans to spend $500million on films and series produced in South Korea this year alone, the same amount the company announced it spent making and licensing content in the United Kingdom in 2019.
At the heart of this disparity lies a critical discussion about how African art is valued in mainstream spaces.
Speaking on this, Walter Taylaur, who has had two of his films licensed on the platform, argues, “Their explanation would make better sense if the films were being shown in Nigeria alone. But if you think the content is good enough to be shown in worldwide markets, maybe pay worldwide rates.”
[carousel_slide id='8496']