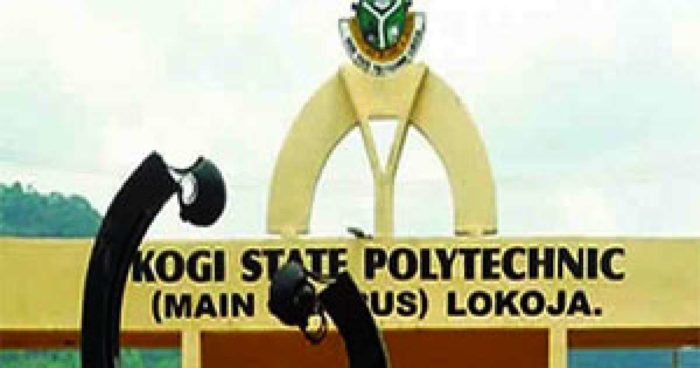 Kogi polytechnic
The Academic Board of Kogi State Polytechnic, Lokoja, has withdrawn the provisional admission of 217 students over poor academic performance.
According to a breakdown of students affected, 157 of them were in ND 1 studying public administration.
The management of the Polytechnic disclosed this in a statement signed by Mrs Uredo Omale, Head, Public Relations and Protocol Unit of the institution in Lokoja.
According to Omale, the Academic Board also approved the expulsion of one Tope Atolagbe, an HND II student of the Department of Library Science with Matriculation Number 2017/HND/LIS/134, for tendering forged documents.
Omale said the decisions were reached at a meeting of the management held on Aug. 9 at the main campus of the institution.
It was chaired by the Rector, Dr Salisu Ogbo Usman.
The Board, after due consideration of the recommendations of Student Disciplinary Committee, found Atolagbe guilty of conniving with one Gbenga Ayeni Michael (2017/ND/BUS/1032) to forge documents.
They were said to have illegally tendered the forged documents to obtain statements of result and used same to dupe other unsuspecting students.
Consequently, the Board approved that the result of Ayeni Micheal (still at large) be withheld until he appeared before the Disciplinary Committee for interrogation.
Omale said the board also considered and approved examination results of students for the second semester of 2019/2020 academic session.
The statement also said that the Rector used the occasion to announce that the Dean, Students Services, Engr. Salawu Salihu Ijiji ,had been redeployed to Kogi Poly Consults as Director.
In the same vein, Mr John Friday Otaru who was the Director of the Poly Consults was made Dean, Students Services in a swap with Ijiji.
[carousel_slide id='8496']