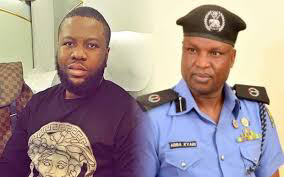 Deputy Commissioner of Police and the Head of the Police Intelligence Response Team (IRT), Abba Kyari has been recommended for suspension by IGP Alkali Baba.