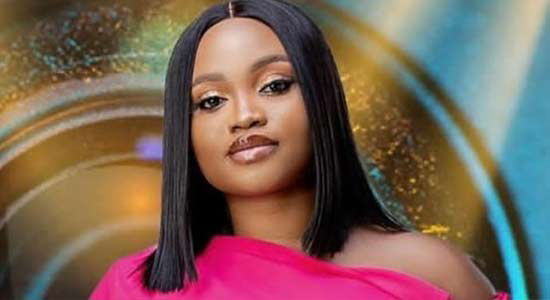 This was after she was nominated for eviction alongside Sammie, Pere, Maria, and Queen.
This makes her the sixth housemate to be evicted from the show.
JMK was introduced into the show on August 8 alongside Kayvee, Michael and Queen shortly after Yerins, Niyi and Beatrice.
Speaking with show host, Ebuka Uchendu, about her eviction, she said, “I feel there’s no losing in this game, regardless I’m good.
“Being on the show is enough winning for me.”
JMK had said she skipped her call to the bar because of the show as she had to choose between both.
She said that since her result came out very well, she’ll be able to do her call to the bar later but BBNaija was an opportunity that couldn’t wait.
She had said, “It was tough for me and I was losing it. It was between what my parents would think obviously; ‘After you spend six years and you did not make your call to the bar?’ Then, there was me trying to make a decision for myself.
The first eviction led to the exit of Yerins, Niyi, and Beatrice from the house while Arin and Princess were also sent packing from the show during the second eviction.
A grand prize of N90 million, which is the highest in the show’s history, will be handed out to the ultimate winner.
The sum of N30 million will be the cash prize while N60 million will cover travel and other gifts.
With the eviction, there are currently 17 housemates left in the house as the race for the show’s grand prize continues to garner momentum
[carousel_slide id='8496']