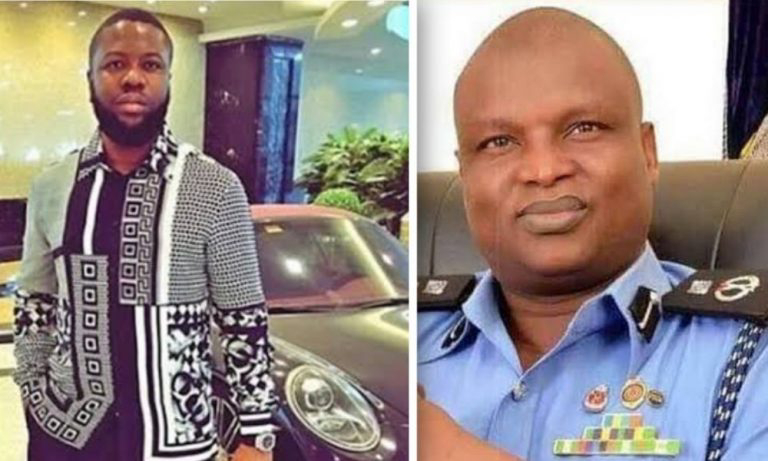 Recall that Kyari is the former head of the Inspector-General of Police Intelligence Response Team, IRT removed over allegations of engaging in fraud alongside international fraudster, Hushpuppi.
Simon Ekpa, a disciple of Nnamdi Kanu, leader of the Indigenous People of Biafra, IPOB, made the new allegation.
Ekpa maintained that Kyari, Deputy Commissioner of Police, DCP, staged fake operations while in office.
The pro-Biafra agitator made the claim while frowning at photographs of Kyari while in the line of duty.
In a tweet, Ekpa wondered why no questions had been asked on Kyari’s use of a cameraman while in the line of duty.
According to Ekpa: “Little did Nigerians know that this man was busy killing innocent Nigerians and taking their properties to himself and his colleagues.
“Each time he staged his fake operation, he went with a cameraman and nobody is asking questions until now. As he takes cover, the cameraman is busy.”
Reports from the United States had linked Kyari to international cyber criminal Ramon Abbas, popularly known as Hushpuppi.
Hushpuppi was said to have told the Federal Bureau of Investigation, FBI, of a deal with the former IRT boss to arrest an errant gang member, Kelly Chibuzo Vincent, during a deal worth $1.1million.
The US wants Kyari extradited to answer questions of the allegations.
But, Kyari has denied the allegation, saying he only introduced Hushpuppi to a tailor.
Inspector-General of Police, Usman Baba, suspended Kyari after ordering a review of the situation
[carousel_slide id='8496']