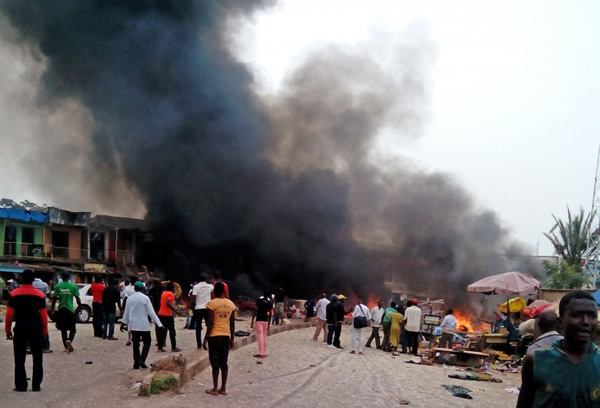 Many people have been reportedly killed at Yelwan Zangam community in Jos North Local Government Area of Plateau State.

According to Daily Trust, several houses were also burnt down in the attacks which reportedly claimed more than 30 lives.
This is coming barely one week after 27 travelers were killed in Gada-biyu – Rukuba road, still in Jos North LGA.
Yakubu Bagudu, a resident, confirmed the fresh attack on Wednesday morning.
He said more than 30 people were killed, adding that security personnel had been deployed in the area.
The Plateau State Police Command is to is yet to give details of the incident, as at the time of filing this report.
[carousel_slide id='8496']