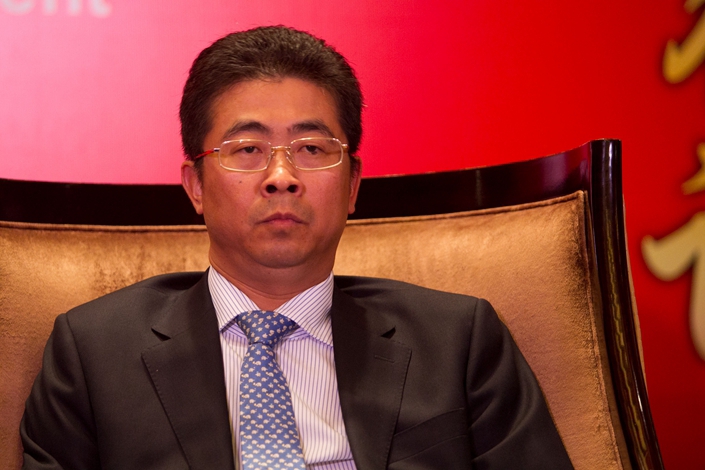 Gu Guoming
China on Thursday sentenced Gu Guoming, a former senior banker at Industrial and Commercial Bank of China (ICBC) to life in jail after being found guilty of bribery, state media said on Thursday.
China’s top anti-graft body has put high-profile financial officials under increased scrutiny in recent years, with a focus on the banking sector since 2019, to halt corruption linked to high-risk loans and official appointments.
Gu, previously the head of ICBC’s Shanghai branch, was also stripped of his political rights for life.
He was convicted of taking about 136 million yuan ($21 million) in bribes from 2005 to 2019, according to the verdict given by the Shanghai No.1 Intermediate People’s Court, Xinhua news agency reported.
Gu was accused of taking advantage of his various positions at ICBC to seek favours for others, and assisted some individuals and companies to obtain bank credit and investments.
“The amount is extremely huge and has caused heavy losses to the interests of the country and its people,” according to the verdict.
Gu pleaded guilty, and helped recover most of his bribes, said the report, citing the court verdict.
In January, China sentenced the former chairman of China Development Bank, Hu Huaibang, to life in prison for bribery.
In the same week, a court in the northern city of Tianjin sentenced the former chairman of China Huarong Asset Management Co, Lai Xiaomin, to death, over corruption.
[carousel_slide id='8496']