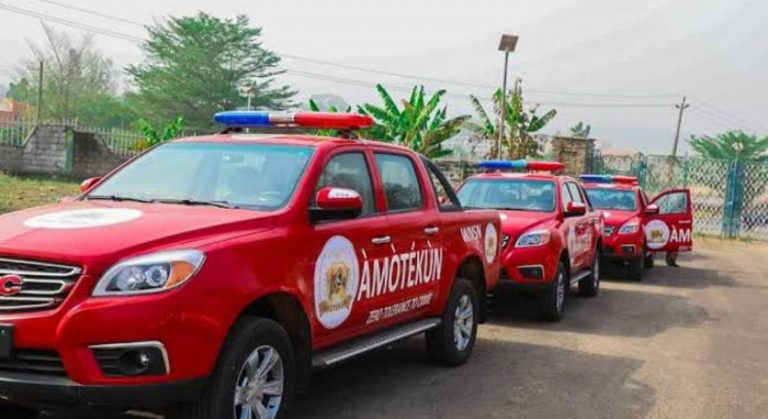 —Say They Were Short-changed To The Sum of N29 Million

The Local Hunters in Osun has accused the leadership of the Southwestern Nigeria Security Network, codenamed Amotekun of shortchanging them to the tune of 25 Million naira.
The however, said they have pulled out of the state security outfit over alleged financial impropriety.
Addressing Newsmen in Osogbo after their meeting, on Thursday, under the aegis of Hunters Group of Nigeria, the state Coordinator, Nurein Hammed said its members jointly agreed to they were short-changed to the sum of N29 million by Osun Amotekun leadership during and after last year lockdown in the state.
While demanding for the outstanding balance, he said the group is committed to ensuring adequate security of lives and property of the state but cannot operate under the present leadership of Amotekun in the state.
“We are unequivocally committed to working with other security agencies to protect the state against criminals. We swore on oath to do that but we cannot work with Amotekun to achieve that objectives.
“During the lockdown that was neccesitated by Covid-19 pandemic and the EndSARS protest, we mounted several border patrol, as well as maintain peace across the state. Eventually, the state government released N44 million to pay our personnel for the services as Amotekun ad-hoc staffs but only got N15 million.
“The then leader is still within the present leadership and we cannot trust the leadership to work towards the same objective with us because they are not under traditional oath as we did”, he said.
Efforts to get reaction of Amotekun Corps Commandant in the state, Brigadier-General Bashir Adewinmbi proved abortive as his number was not reachable as at the time of filling this report.
[carousel_slide id='8496']