Home commentary AFGHANISTAN: THE TRUTH AND FACT, Episode 3, WHERE DOES THE FUTURE OF...
Facebook
Twitter
WhatsApp
Telegram 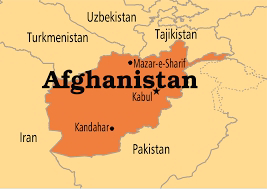 The future of Afghanistan quickly changed as a result of the bombing of the twin tower, New York on September 11, 2001.

The US administration led by president George Bush quickly alleged Osama bin Laden, a well-known and prominent citizen of KSA. The Taliban was accused of harbouring Al-Qaeda and other terrorist group.
The US and its allies notably the Britain; led by prime minister Tony Blair attacked Afghanistan to dislodge the government of Taliban from Kabul and their stronghold capital Kandahar. NATO and other allies join the war where billions of dollars, pounds and euros was spent to execute the war.
Hamid Karzai; A puppet of the west was installed as the president of Afghanistan in July 2002. He later discovered that the foreign imperialist power does not have the interest of an average Afghans, they were rather concern about accomplishing their own self-interest at the expense of the common people. He led the country for 10 turbulent years.
The administration of president Barrack Obama also championed the war. They employed the media propaganda to blow their achievement such as killing of Osama bin Laden, Mullah Omar and other prominent mujahedeen. They claimed to have wiped out the terrorist from Afghanistan, despite their military might, the Taliban still survived and managed to cause great havoc to the foreign special forces which eventually led to the withdrawal of troops and subsequent negotiation with the Taliban in Doha Qatar.
It is worthy of note to state that president Donald Trump initiated the talks with the Taliban during the government of president Ashraf Ghani. The government of Afghanistan was not directly involved in the negotiation process due to corruption, lack of credibility and commitment.
The US later agreed on the total withdrawal of US troops and personnel’s in April but was shifted to Sept 11 to commemorate the Sept 11, 2001 attack.
However, the Taliban has issued the ultimatum of August 31st, 2021 to all foreign forces to leave Afghanistan.
-What next after the final withdrawal of troops and evacuation of their citizens; including the Europeans?
-What would the new government look like?
-What would be the influence of the West, Russia, China, KSA, UAE and other Islamist government such as Turkey, Hamas in Gaza, Iran on the government of the Taliban?
-What are the crucial lessons to be derived from all the whole saga as it unfolds.
Director
Toyeebee Mohammed
CENTRE FOR ISLAMIZATION OF KNOWLEDGE, THOUGHT AND CONTEMPORARY ISSUES
[carousel_slide id='8496']

CAUSATION AND CRIMINAL LIABILITY IN NIGERIA; THE POSITION OF THE LAW