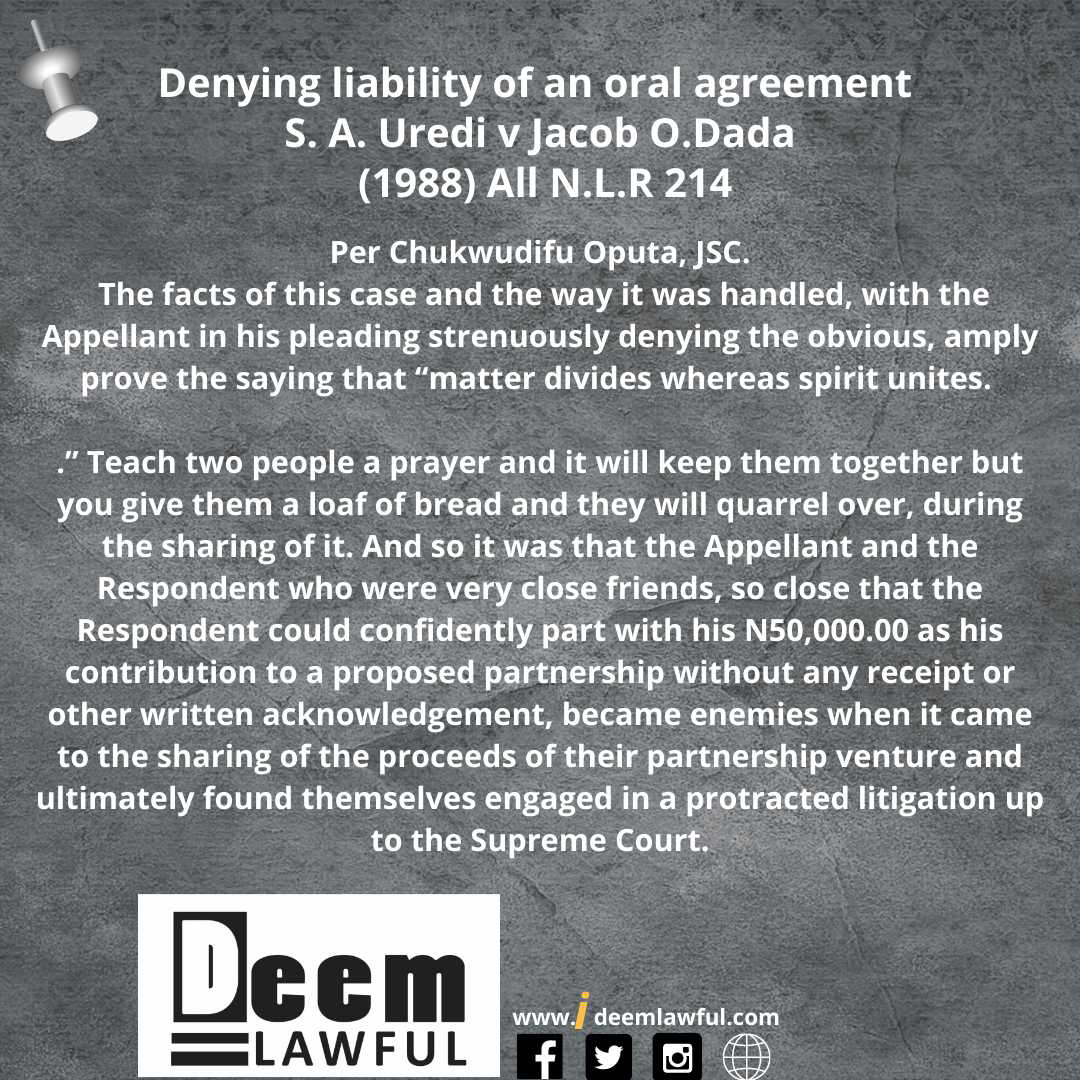 Oral Agreement is one of the forms of exchanging promises between two party, the promise that would later become obligations exchanged upon the assented party and known as contractual agreements.
The feature of this type of agreement, is one that is devoid of putting into writing, the details of the contract known as the terms of agreement.
It is a notable spot of defects in this kind of agreement, save where it bears commercial agreement i.e instant sales of commodity.
This defect, is seen as an escape route to evade obligation by the default party as reflected in this case.
S. A. Uredi V Jacob O.Dada (1988) All N.L.R 214
The court in this case, while serving due justice to the party, also, attractively called to order, the sanity of the default party as duly observed per Oputa, JSC
“The facts of this case and the way it was handled, with the Appellant in his pleading strenuously denying the obvious, amply prove the saying that “matter divides whereas spirit unites.” Teach two people a prayer and it will keep them together but you give them a loaf of bread and they will quarrel over, during the sharing of it. And so it was that the Appellant and the Respondent who were very close friends, so close that the Respondent could confidently part with his N50,000.00 as his contribution to a proposed partnership without any receipt or other written acknowledgement, became enemies when it came to the sharing of the proceeds of their partnership venture and ultimately found themselves engaged in a protracted litigation up to the Supreme Court.”
Brought to you by
Saheed Afeez Ayinde
Deemlawful
[carousel_slide id='8496']