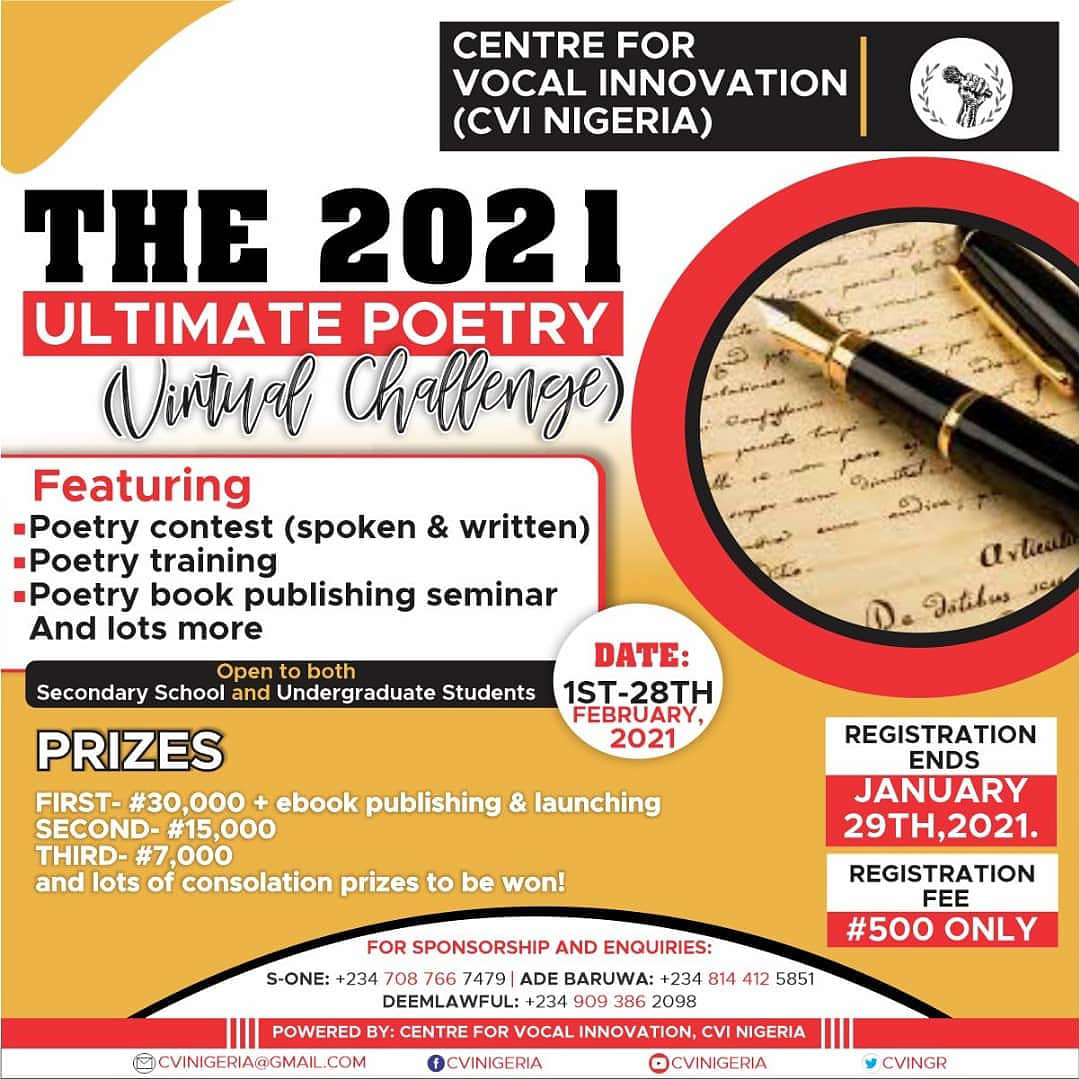 The Centre for Vocational Innovation (CVI), Nigeria has announced winners of its 2021 Ultimate Poetry Challenge.
The Challenge, which had 21 contests, started officially on February 1st, 2021 and ended February 28th, 2021.
The poetry challenge was conducted virtually on WhatsApp, featuring training sessions for participants.
“The contestants were made to have friendly challenges, which made them to know their level of preparation before the knock-out challenges,” according to a statement from the organizers. 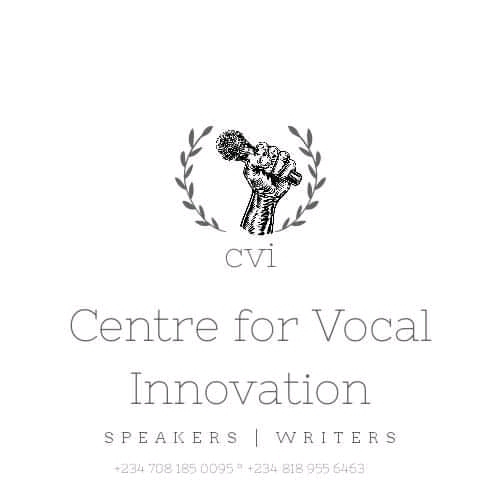 It added: “The unique challenge which was organised by Centre for Vocal Innovation (CVI) had four knock-out stages where five contestants were disqualified in each stage, before the final one and fifth stage.
“Some of the stages include picture poem, reverse poem, spoken word presentation, penning between a very short period of time and so on.”
The statement also said that winners were determined by voting system which made up 30 marks, and judging system which made up 70 marks.
“The voting was done via CVI’s Facebook page, while the judging was done by erudite scholars who are versed in poetry,” it clarified.
Announcing the winners, the statement said Romlah Shittah ended up with the first position, whille Muhammad Buhari and Agbelekale Nusaybah jointly ended up as first runner-ups,
Solahudeen Sofiyyah finished as second runner-up and Barakat Nurein took the third runner-up position, The Ravens gathered.
The winners are billed to receive their prizes on March 21, 2021 to commemorate the World Poetry Day.
Meanwhile, the organizers seek support from well-meaning individuals to prosecute their project successfully. 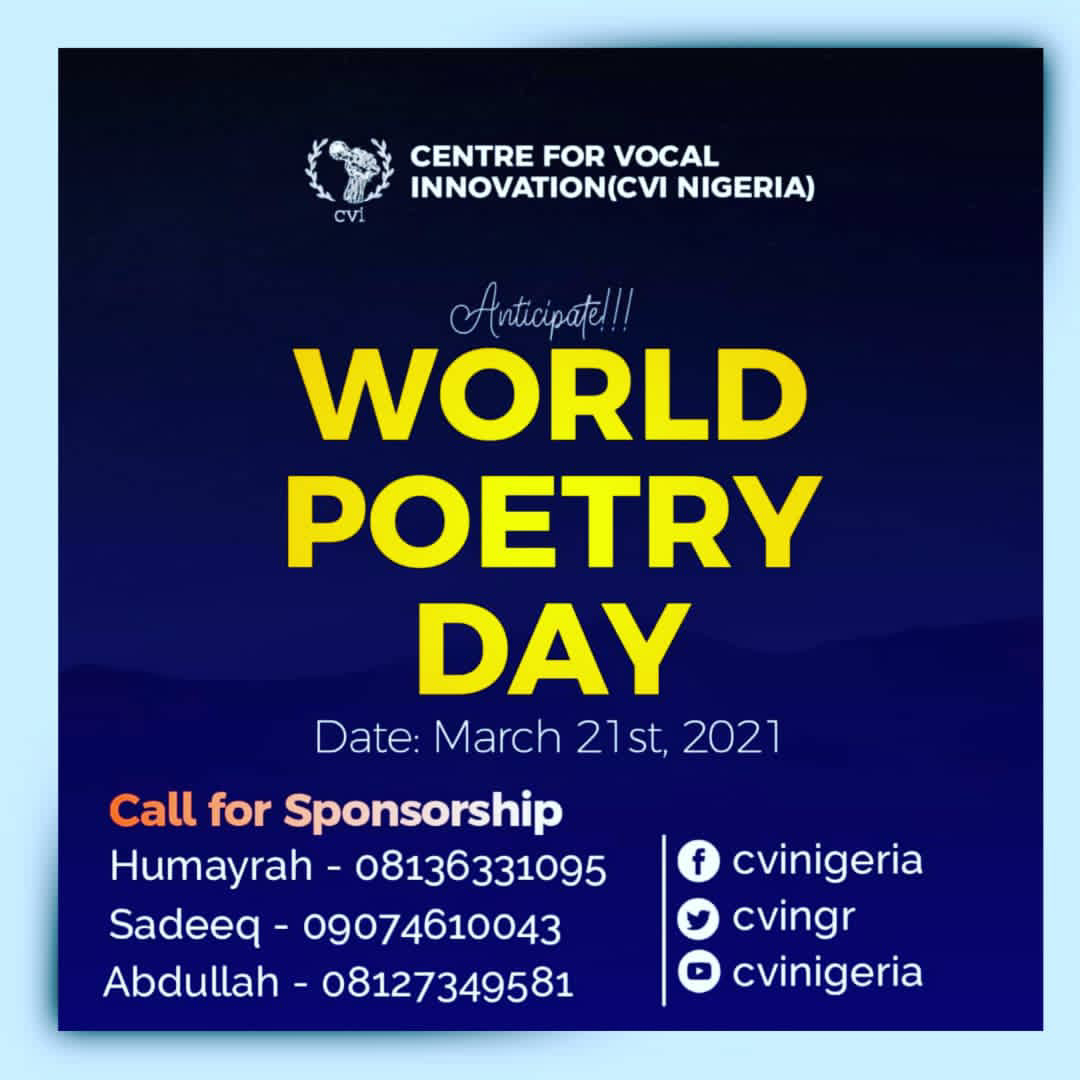